Isolators and Circulators are usually three port devices, and they are used to force the microwave energy into one direction only. The typical junction Circulator consists of a stripline circuit, sandwiched between two ferrite discs or triangles, an upper and a lower ground plane, magnetically biased by permanent magnets located outside the ground planes. In a Circulator, the magnetic field, applied through the vertical axis of the assembly, results into a circulation of the microwave energy from one port to the other, depending on where the energy is coming from. 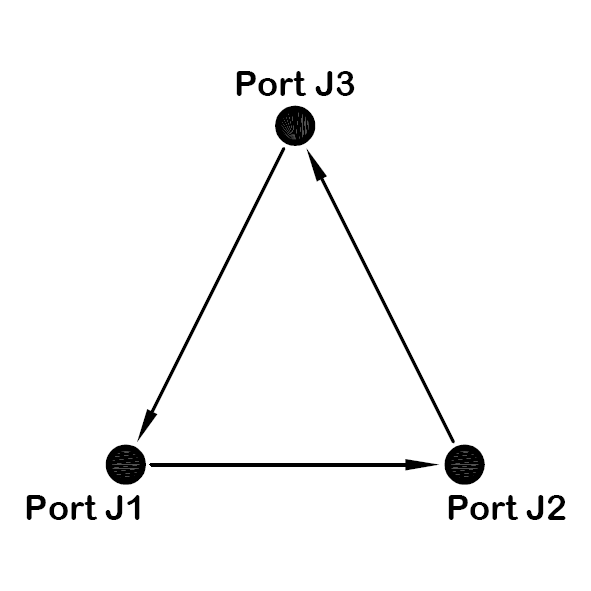 Microwave energy entering the device from port J1 is directed to port J2. Energy entering from port J2,is directed to port J3. Signals entering from port J3, are directed to port J1, etc. If one of the ports is terminated into a 50 Ohms load, the device becomes an Isolator. Signals then only can pass the unit with low loss in one direction, and only with high loss in the reverse direction. If e.g. port J3 is terminated into a 50 Ohms line, microwave energy only can pass the device with low loss from port J1 to port J2. An Isolator is used to "isolate" microwave components from each other, or to protect units from receiving damages when working into an open or short circuit. The output of an oscillator is usually protected by an isolator.

The input VSWR is a function of the VSWR of the other ports. At an isolator the higher output VSWR will cause reflected energy towards the terminated port, where it will be attenuated by the value of the isolation, and the balance is reflected back to the input, increasing the input VSWR.

Four Port Circulators and Isolators are used where higher directivity is needed. An Isolator would have the ports J3 and J4 terminated. 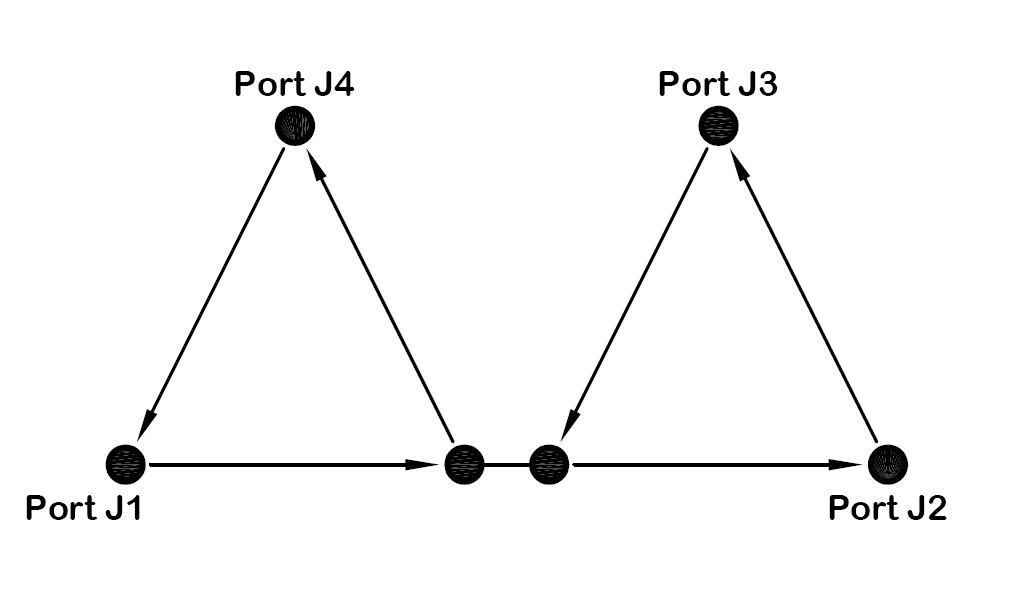